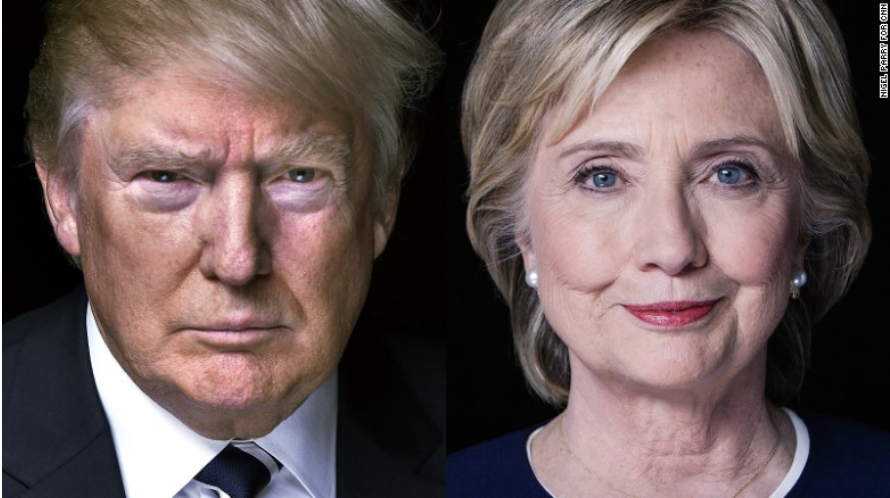 The 2016 presidential election has definitely been one to remember. Supporters of either Hillary Clinton or Donald Trump have been unable to fully comprehend the results of this election. Opposing views, especially moral ones, have driven the controversy behind it all, creating even more tension in an already politically divided nation. With all the accusations made this year, some voters were overwhelmed and did not know who they could trust to be the next president, others were extremely supportive of their parties. These two forces clashed this election year, causing a major struggle in the fight for the White House.
Hillary Clinton’s loss was a big shock to a lot of Democrats, and even some Republicans. Many voters thought that Hillary Clinton would finally make history by becoming the first female president elected into the White House. “The faces of Hillary Clinton’s supporters on Tuesday night said so much, but they didn’t say it all. They stood stunned, weeping with fresh grief. They bowed their heads as if attending a funeral, and indeed they were,” said USA today. Clinton’s supporters were excited about her lead in most polls, but the turn around hit them hard at home. Several showed Clinton was ahead in key battleground states that would help her win the electoral vote. However, this was not the case.
Many feel very negatively about Trump’s win in the election. Freshman Nyara Choudhury states “[Donald Trump] has shown a disgusting attitude towards almost every disadvantaged group and gotten away with it. The fact he can say it with no remorse or guilt and display a level of arrogance is almost psychotic. So, all in all, it’s left me afraid, sad, and made me respect the country less.” Multiple protests took place following the night of the election, in places ranging from large cities to suburban school grounds. Shots were fired on several occasions, including a Seattle protest, resulting in a few deaths.
On the other hand, others were very satisfied with these unpredictable election results. Junior Jason Girard said “I’m surprised, but pleased with the election results. We could’ve had an ineffective pathological liar in office. Donald Trump is the better man and will do great things for our economy. The false accusation of him being racist is nothing more than a cheap attempt by the Clinton campaign and Democrats to prevent Republicans from gaining control of the White House.” The demographic most credited for Trump’s success in the election was the hidden white working-class. They have been looking for a drastic change in the economy which Trump has promised in his campaign slogan “Make America Great Again.” “This election was for the forgotten among the American people. People who have been ignored, walked upon, told that their concerns don’t matter. They believe in America, but America hasn’t believed in them. When Donald Trump came on the scene, for the first time, they had a voice,” said Brett Talley for CNN.
Hillary Clinton had almost full support from all the minority groups across America, but it just was not enough. 89% of African Americans and 75% of the Hispanic population prefered Clinton over Trump. Trump’s views on minorities have definitely contributed to the major moral controversy in this election. “There’s a president who wants to make America great but not for me, for people who look like me, for people who believe what I believe in. He just wants to make America great for people like him,” said African-American journalist Taylor Brainey. Donald Trump’s main concerns addressed the need for reform with the immigration process. Although he made good points, he took it too far most of the time with degrading comments. In turn, people often see him as a culprit for treating minorities as inferior. Sophomore Hibbah Mirza said “I feel that [Donald Trump] doesn’t really think before he speaks and doesn’t understand how he affects people who are not white. I don’t hate him; I just disagree with his opinions and suggestions of how problems in the U.S. should be solved. At first, when I heard he became president, I was annoyed and disgusted. [Now, I feel that] his presidency might be interesting. I don’t think he will or can cause any damage to me, a Muslim, due to the wonderful system of checks and balances.”
This election year, the Republican party was looking to overturn the Democratic rule in Congress, hence, their selection of Trump. With an outspoken Republican in the White house instead of a Democrat, more bills favoring the Republicans can be passed. The Huffington Post wrote that “President-elect Donald Trump’s stunning victory Tuesday has delivered to GOP congressional leaders the gift they dreamed of: a Republican president to sign Republican bills passed by a uniformly Republican Congress.” Having a Republican president in office is important for that party because there has not been one since George W. Bush.
The 2016 election was extremely important due to the nation’s divide on major issues. In the end, it was Donald Trump who pulled out as the winner with 290 electoral votes to Clinton’s 232. However, she won the popular vote by 1,569,824 votes. Can Donald Trump “Make America Great Again” as our next president?