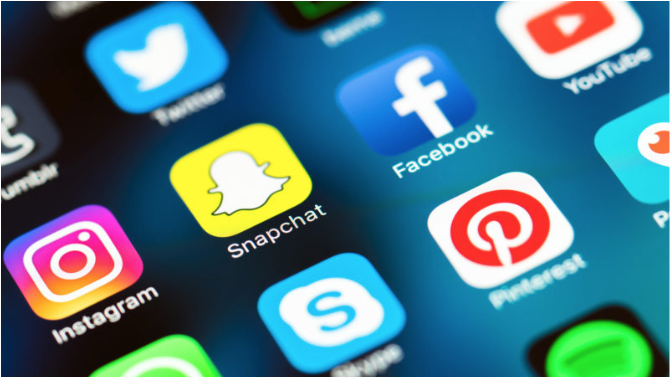 Wikipedia defines social media as “Computer-mediated technologies that allow the creating and sharing of information, ideas, career interests and other forms of expression via virtual communities and networks.” It has become a worldwide phenomenon, with many different platforms existing to fulfill certain demands, whether it be for teenagers or even business corporations.

Freshman, Colby Goldsmith, believes there are many benefits to not having social media accounts. According to him, it is “nice” to be away from the “drama” of social network platforms. He claims always to see people “glued to their phones,” and they are always “worrying about the things they post.” He is one of the very few teenagers that do not own a phone and believes that it improves his social skills, making him more involved with the outside world. The Telegraph found that the average person has five social media accounts and spends around 1 hour and 40 minutes browsing these networks every day.

If you overindulge in anything, it is bad for you; but doing things in “moderation” to create a good “balance” is vital. Senior, Julia Bellontine, believes that social media is an efficient way to “connect with one another.” When texting someone, rather than physically communicating with them, it is “easier to keep your guard up,” states Child Mind. When you are typing out your response, you can fix what you say before you send it rather than when you are talking face to face with someone. Texting can be a much less stressful way of communication, but can also affect your communication skills.

Even though social media can take away from the physical conversations, it is an easy tool to “keep in touch with people that are no longer in your school.” Sophomore, Jackie Thomann, claims social media has changed her life because it is “quicker and faster to interact with others.” There are approximately 2.3 billion people who have active accounts on various forms of social media; that is almost 32% of the entire population, based on a survey by Brandwatch.com. This makes it such a great resource for someone who is planning an event or wants to get the word out about something they are passionate about.

Social media has become increasingly popular over the past few years. The argument over whether it is beneficial or not has sparked major controversy. Some may think it is ruining the lives of future generations, but others feel it is helping to create lasting connections.