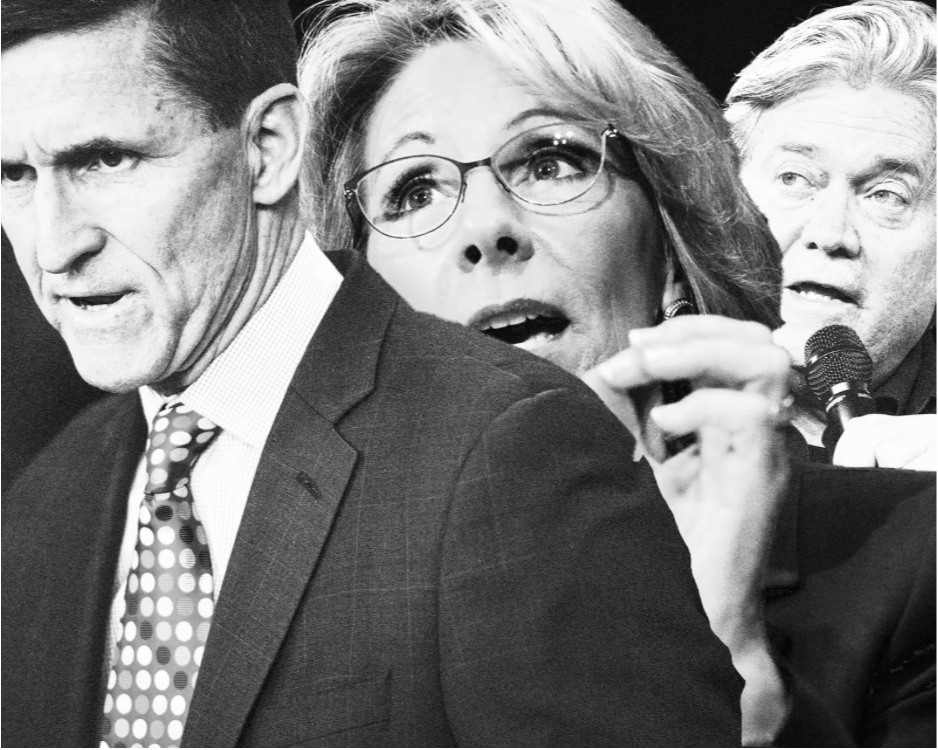 One major controversy was the appointment of Betsy DeVos as the education secretary. Many people have questioned her knowledge and belief about the public education system. In fact, the Senate voted 50-50 for her confirmation vote. This led to Mike Pence casting the tie-breaker vote in favor of Betsy DeVos. According to NBC News, Mike Pence is the first Vice President in history to ever cast a tie-breaking vote for a cabinet nominee.

Another controversy resulted in the resignation of Michael Flynn, Trump’s now former National Security Advisor. According to the NY Times, Flynn misled Mike Pence and other officials about his relationship with the Russian ambassador to the United States. In fact, it is reported that the acting Attorney General warned about Flynn’s potential security risk. However, Trump replaced her with Michael D. Cohen. According to CNN, Trump has now appointed Lt. Gen. H.R. McMaster as his new National Security Advisor.

Trump’s Chief of Staff, Steve Bannon, is also considered controversial because of his association with a racist newspaper. In fact, Bloomberg calls Bannon the “most dangerous political operative in America.” Bannon has been very influential in President Trump’s decisions so far and will most likely continue to be in the future.

According to RealClearPolitics, some of Trump’s cabinet picks that have been approved are Ben Carson for Housing, Urban Development and Rick Perry for Energy, Jeff Sessions for Attorney General and Betsy DeVos for Education Secretary.

Andrew Borges believes that the state of the Trump’s cabinet is not healthy as “industry insiders, donors, and corporate interests did not have such a strong influence over the cabinet since a long time ago.”

An anonymous Stimson student believes that “racism and unthoughtfulness have revolved around the cabinet picks as the candidates often were not best suited for the respective position.”

Kevin McKenna, a Whitman sophomore, believes Trump’s cabinet picks “should turn out to be good as it is still early on in his presidency. Trump probably took a decent look at the possible candidates for each job.”

Trump’s cabinet picks have been very controversial, with some even removed. The cabinet is a very important part of the president. Therefore, this issue is extremely crucial.