The Truth About Common Core 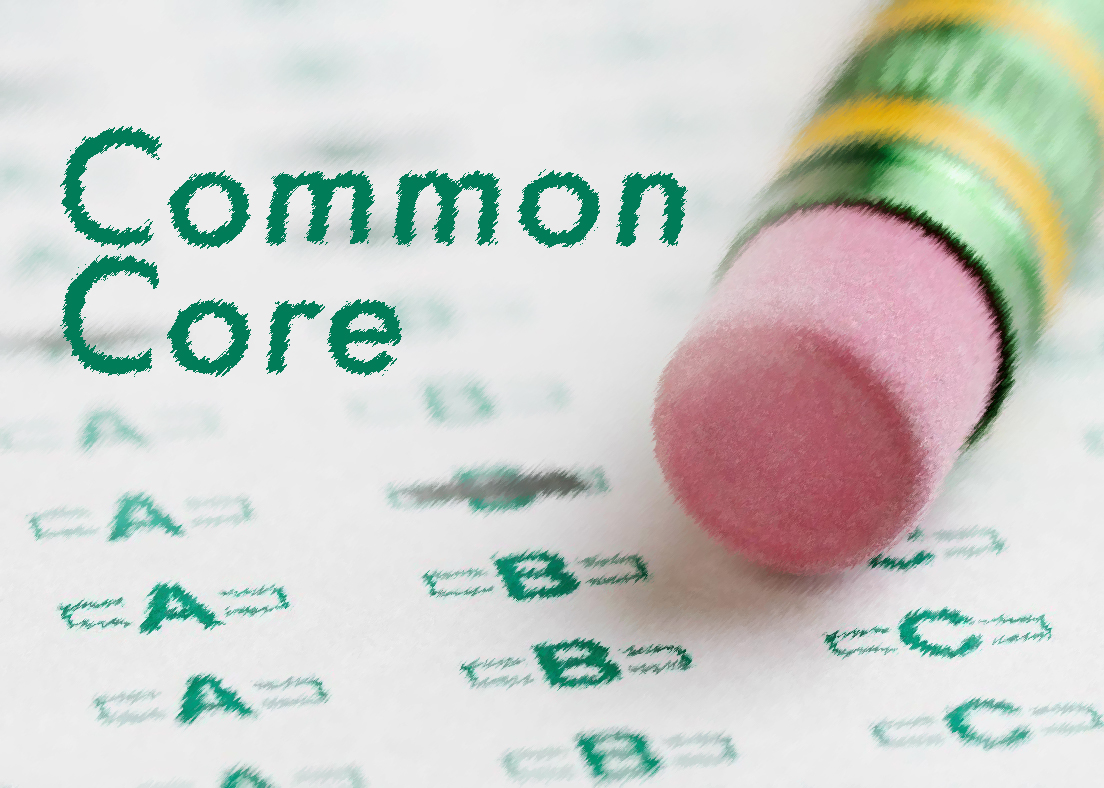 The topic of Common Core standards has been a prominent issue in schools all across America since it was introduced. Many students, no matter how young they may be, have had to use this approach to solving mathematics and reading comprehension questions. With such rigid standards being implemented into our nation’s education system some point fingers at common core and see the system as a major factor in why children’s grades are slipping.  Teachers say that it is taking up too much class time, while they could be teaching other things. Others claim that common core is a way to help ensure students’ success and allow all students to reach a steady level of academic proficiency.

Freshman, Gabrielle Girard, states that “Common Core is a waste of time and money.” Instead of doing the “basics” of math, common core is making problems more difficult by requiring students to write elaborate explanations. Learning the “simple math” that people will actually use in life, rather than “learning how it works” will save time. An article in The Salt Lake Tribune agrees with her statement saying that this new system of problem-solving is a “system of time-wasting.” It even goes as far as to say that because of the new Common Core math our country will “fall behind other countries” in mathematics.

According to excelined.org, Common Core helps students because it “requires a greater focus” on both the students part and the teachers. It gives the students a “deeper knowledge” than just “memorizing the answers”. Due to the standards, more students can understand the processes to the equations they are solving or the texts they are analyzing. It also helps all students in the classroom to be on the same page. This way of learning ensures that students are “learning and absorbing the critical information they need to succeed at higher levels.”

Junior, Rachel Vaughan, agrees with Common Core to an extent that it offers “creative options” for students to utilize when working. She feels that it also “pushes schools to improve their curriculums”, but she explains that schools have “misinterpreted” the intentions of Common Core. Instead of focusing more on getting creative and making students more interested in the program, the schools are concentrating more on “improving students grades,” but this comes “at the expense of creativity and enjoyment.”

Freshman, Lauren Gotard, thinks it is “important to practice challenging and strenuous activity for the mind.”  She states that “Common Core does help with developing these skills but there is too much emphasis on the amount of time that should be spent learning these alternative methods.” In addition, Lauren believes “this is a waste of time and resources for schools.”

Standardized tests can be blamed for students only achieving the bare minimum in their academic careers. Providing a basis of student intelligence off of a number is supposed to indicate college readiness according to those standards. Opponents of Common Core have emphasized that students are more than just a number. National Review explains that Common Core is seen as “good enough”, but to be accepted into college students are supposed “to demonstrate academic preparation that exceeds the average.” With all these new standards “we undermine the need to strive for excellence that used to drive students.”