Are New Year’s Resolutions Even a Big Trend Nowadays? 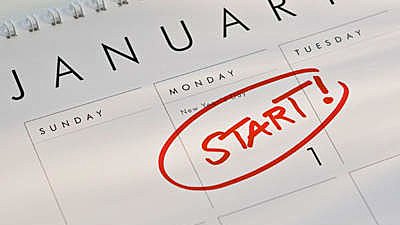 New Year’s 2018 has come and gone, and the air is filled with hope — specifically the hopes of those who wish to finally achieve their long-standing goals of improving themselves, to shed those last few pounds or get their acts together in school. This time of year often brings promises of change in people’s lives, acting as a period in which they reflect upon the past 12 months and pledge to do better. Of course, we’re talking about New Year’s resolutions. Do you have a New Year’s resolution? If so, how confident are you that you’ll achieve your goals?

Many individuals pledge to keep their New Year’s resolutions. According to The Telegraph, some of the most common ones are exercising more, eating healthier, and losing weight. But despite the initial hype over New Year’s resolutions, there does not seem to be sustained enthusiasm for accomplishing these goals. Think about it. Do you really care about eating healthier when you are confronted with a delicious tub of ice cream or a mouthwatering bag of chips? Yes, there are some individuals who take New Year’s resolutions to an extreme height and are able to fight through their temptations and finish off their goals with utter dedication; however, the majority of individuals do not maintain their resolve throughout the year.

Ultimately, there seems to be lessened hype over New Year’s resolutions as they are often manageable in theory, but impractical in application. The complications of daily life slow, and eventually halt, the progress of these goals. It has come to the point where some, like Whitman student Jeremy Forman, have given up on the institution of making resolutions, since they are “ultimately broken within days.” Similarly, sophomore Chris Grillo has repudiated the so-called “magic of New Year’s resolutions.” In contrast, though Whitman junior Eric Bell does not quite acknowledge the “effectiveness” of New Year’s resolutions, he has still set the goal to become stronger for the upcoming sports’ seasons.

What do you think about New Year’s resolutions? Are they the magic panacea for all shortcomings? Or is their importance blown up and overstated?