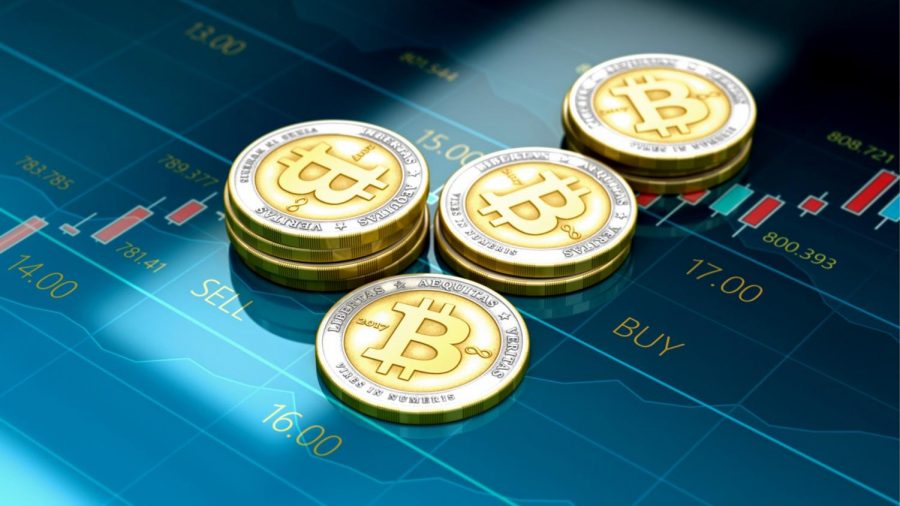 Cryptocurrencies, such as Bitcoin, are online currencies that use cryptography to secure their transactions, hence the prefix “crypto.”  Bitcoin, like gold, is viewed by some as a viable long term store of wealth, but in addition, it can be traded like a stock, as its value is based on demand.  Cryptocurrencies are not physical money but nevertheless are treated as such in certain situations. Interestingly, the IRS does not treat them as legal tender but rather as property for federal tax purposes.

In December of 2017, Bitcoin had reached a peak value of $19,500 and drew the attention of many people, who flocked to invest and take part in this relatively new phenomenon.  Nevertheless, after a short period of time, Bitcoin crashed and currently rests at a value of $8,700 (as of February 1, 2018) leading to huge losses for many recent investors.

The results of the crash have left many, including Whitman sophomore Stephen Verderame, skeptical of the future of Bitcoin. He claims that it “will keep crashing.” Because of this volatility, 10th grader Eliot Yoon claims that “nobody will ever earn money from it.”

Another recent example of the dangers of cryptocurrency investment can be found in Bitconnect. The British firm behind the cryptocurrency lured in many investors to convert their life savings into Bitconnect. This situation became extremely problematic when the currency dissolved into nothing and the firm closed down.  Many accuse the company’s tactics of being a classic ponzi scheme, while penniless former investors are filing suits against it. These dreadful results clearly reveal the dangers of cryptocurrencies and how the relative infancy of the market is a danger to many investors.

The rise of Bitcoin also has had a large ripple effect in the graphics card (a key part of a computer that renders graphical data) market; Prices for advanced GPUs have more than doubled due to bulk purchases for use as automated “miners” in Bitcoin markets.  This has led many computer builders looking to buy a graphics card, such as Whitman 9th grader Matt Kerner, to “hate” it.