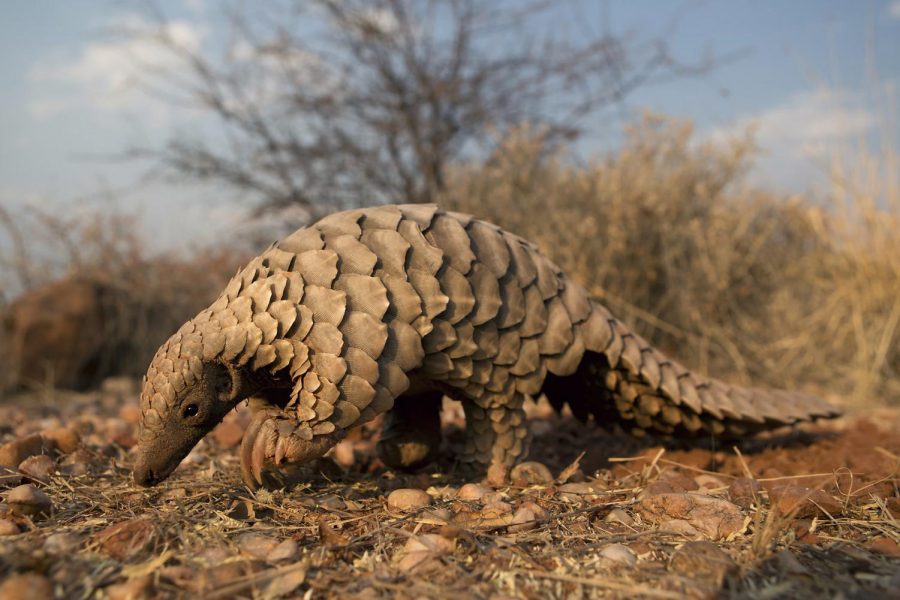 Mark your calendars: Saturday, February 17th is World Pangolin Day. That’s right—an entire day dedicated to the celebration and preservation of… pangolins? What even is a pangolin, and what is happening to them?

Pangolins might seem like any other ant-eating mammal at first, but a closer look reveals a set of unique and special characteristics that set pangolins apart from all other creatures. The first of which is the eight species of pangolin that exist: four in Africa and four in Asia. These species are generally similar, mainly varying in size, color, and shape. Pangolins are also the only mammals to have scales, which are made of keratin, a primary component of our fingernails. Their unique body and scale structures allow them to curl into a ball when threatened. Their tongues are extremely sticky, narrow, and long. In fact, pangolin tongues are longer in length than their bodies! Clearly, pangolins and their individual traits further enrich our world’s biodiversity.

Despite the resounding calls for support and protection of the pangolin population, these harmless creatures have been hunted to near extinction. In many areas, especially in eastern Asia, pangolin meat is thought to be a delicacy. Furthermore, pangolin scales are used in traditional medical practices and clothing. These factors have caused the pangolin to become a critically endangered species in many areas it used to thrive.

What can we do to help? The easiest way to save pangolins from extinction is by spreading knowledge of these fascinating creatures to friends and family, and by celebrating World Pangolin Day this Saturday. You can also help monetarily by symbolically adopting a pangolin from the World Wildlife Fund or by donating directly through the Wildlife Conservation Network.