Are We Really Hearing Our Music?

Today, music is more accessible than ever before. The albums that were reserved by our parents for special occasions and dedicated listening sessions are now available at a moment’s notice, with nearly as high a fidelity as the grooves of a vinyl record.

However, many people streaming music today are unaware that the sounds they hear are being intentionally compressed and worsened to ease the demands on cell networks and music servers. In fact, many young people have never even ventured into the settings of their Spotify or Apple Music apps to ensure that their music is played it the highest quality possible.

For some, limiting music quality is an intentional decision. Users of Spotify’s free tier, for instance, are limited to a low-quality, hyper-compressed 128 kilobit-per-second stream. The number 128, known as the bit rate, indicates how many bits of sound are digitally processed within each second of play.

For Spotify free members, music streaming limitations are likely based on budgetary decisions. They don’t want to dedicate 10 dollars every month to a higher quality music stream, and choose instead to remain at the most cost-effective level of the service. Other economic concerns may play a role in the decision to stream at a lower quality, including data usage, which increases dramatically when music streams at a higher bit rate.

Senior Tim Jobson, who uses Spotify Premium, appreciates the high quality that the paid tier offers, but smartly downloads his music on WiFi to avoid excessive data usage. He “used to use iTunes a lot,” but finds the “accessibility of streaming…far better.” So does junior Kayla Andrews, who finds the “wide selection” of music that Spotify offers more alluring than sheer quality.

With other services, like the increasingly popular Apple Music, the quality of the stream is unclear. Although Apple insists that their streaming library is composed entirely of 256-kbps lossless files, they could be imposing automatic, uncontrollable quality changes to keep users from waiting for music to buffer. Senior Kentaro Matsushima is aware of these potential concerns, but still uses the service because it “works well and it has a nice interface.” He also maintains that it “sounds fine,” a likely true statement considering he listens primarily through a pair of inexpensive Sony earbuds.

Of course, a variety of other limitations can degrade the quality of even the best music stream. The earbuds or speakers used to play streamed music can muddy or compress sound as much as the quality of the stream itself.

If you listen to a CD or vinyl pressing of a song you’ve heard only as a 128 kbps MP3, you’ll discover more depth, variety, and range within it, as well as a generally nicer sound. Treble is less swishy and more precise, bass is less muddy and more articulate, and all the frequencies in between are given more room to express themselves fully. Although we may not have time to listen to music as an intentional ritual, we can certainly audit our own preferences to ensure that what we hear is as close to reality as possible. 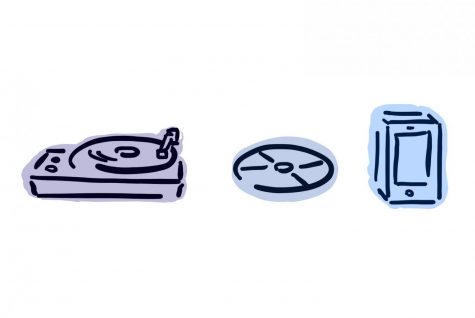