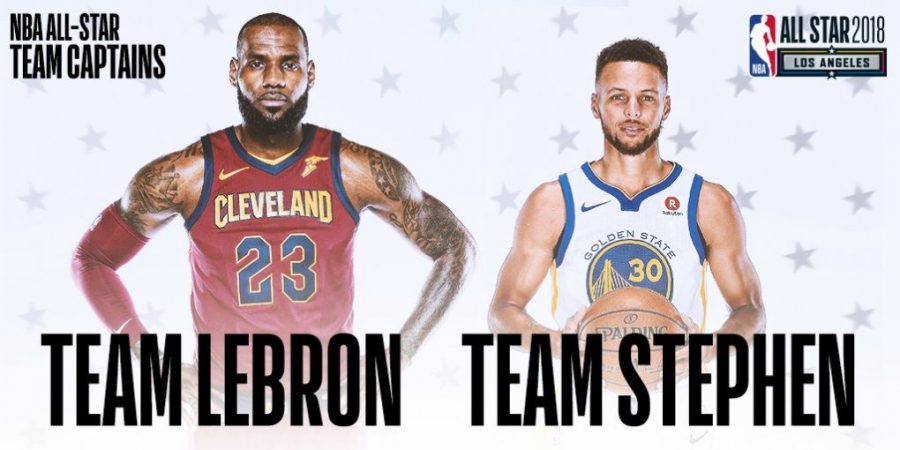 The NBA All-Star Game came at the culmination of All-Star Weekend, which featured the slam dunk contest, the three point shooting contest, the skills challenge, and a game that featured basketball’s young and bright athletes. This year, as a result of decreasing popularity and competitiveness of the old East vs. West format of the NBA All-Star game, the league decided to pursue a new route by selecting Golden State Warriors point guard Stephen Curry and Cleveland Cavaliers’ megastar Lebron James as team captains of their own teams. According to Wikipedia, the team captains and the roster were determined by a voting process. The players for Team Lebron and Team Stephen were drafted by the team captains that aimed to increase the competitiveness of the game.

In order to further increase the stake of the game, the NBA decided to include a charity component, where the winning team would donate money to the charity of the captain’s choice. According to the New York Times, Team Lebron’s victory gave $350,000 to After-School All-Stars Los Angeles. In addition, the prize money for each winning player was also increased.

Despite these efforts, ESPN reports that the 2018 All-Star Game did not see a great boost in its ratings as compared to previous years. Regardless, both team captains and players were thrilled that the game was so close, competitive, and fun all at the same time.

Many Whitman students are educated consumers of the world, many of whom watched the 2018 NBA All-Star Game.

Whitman junior Kevin Morrissey enjoys the “thrill and competitiveness of all-star games.” 11th grader Brandon Monegro enjoys the “presence of so many incredible professional athletes” in one location. In the words of Whitman junior Thomas Braglia, the game was all “fire.”

How will the teams for next year’s NBA All-Star Game look like? No matter what, one thing is for sure; the game will be intense.