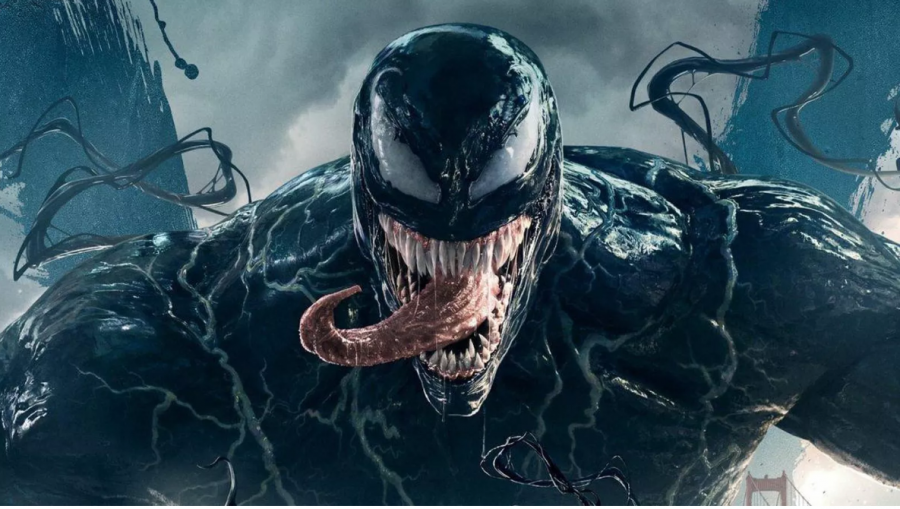 Venom was released by Sony on October 5 of this year with atrocious reviews, spotting only a 30% on Rotten Tomatoes. This caused many viewers, such as myself, to go into the movie disheartened and expecting a massive flop. However, it got an audience score of 88% which is a fantastic score considering Black Panther, another superhero movie that came out earlier this year, with a ridiculous 97% rating on Rotten Tomatoes only got an audience rating of 79%. Now, why do the audiences love this movie, while the critics hate it? The answer is quite simple and something most people have figured out by now. Critics went into the movies used to a certain superhero movie format and while Venom didn’t stick to that format, it could not choose one itself. Meanwhile, the audiences went in looking for a good time and the chance to see an actual good representation of Venom in a blockbuster movie, (No offense, Spider-Man 3) and they got one. I went into the theater 50% a critic and 50% an ordinary viewer who just wanted to see Tom Hardy butcher a New York accent, and Eddie Brock (Tom Hardy’s character) bonded to a symbiote that turned him into a cross between Spider-Man and the Hulk.

Venom gets a lot of things wrong and a lot of things right. The negative aspects of Venom are that it tries to do too much in certain areas while in other areas it does too little. For instance, as mentioned earlier, Venom couldn’t stick to one format. It tried too hard to be every single genre of movie. There was horror, comedy, action, drama, thrill, car chases, fight scenes, and romance all stuffed into two hours and twenty minutes. The movie couldn’t seem to choose one and stay with it. It’s also not like there was a single five-minute horror section and a couple of funny one-liners. There were portions of the film that felt like they could have been in a completely different movie. It hovers between trying to be a movie similar to the style of the Marvel Cinematic Universe and a dark and gritty antihero movie. “The general consensus gathered from reviews for Venom is that the film is a total mess, veering wildly between drama, horror and comedy from scene to scene,” says the Hollywood Reporter. The opposite of this issue is the film’s plot. There just isn’t enough in it to make it engaging or worth looking forward to. Viewers of the film are not looking forward to the big reveal of the villain’s goal or how Eddie and his fiancé will get back together. Instead, they’re looking forward to seeing Venom destroy a SWAT team.

Those may be some major negatives, but Venom got a lot of things right as well. It was fast-paced and nailed the combat and the intense chase scenes with action that left you at the edge of your seat and ingenious ways to show off the pure power of Venom, but also its limitations in the battle against Riot. A freshman who wished to remain anonymous said, “Its fight scenes were really good. The tension really started to pick up in the last quarter of the movie.” The comedic sections of the film were hilarious, especially the captivating banter between Eddie and Venom that made you love the characters even more. Venom understands Eddie’s flaws, making him the perfect host. The connection between them is strong, and this makes the movie even more enjoyable to watch. Eddie Brock’s character is captured perfectly, with his personality and decision-making, unlike the interpretation of Venom in Sam Raimi’s Spider-Man 3, where the character of Venom didn’t feel quite right. The final battle really made you feel for the pair as well. Eddie and Venom develop as characters throughout the movie. Eddie starts out as a reporter trying to shine a light on the injustices done to lower class people; then progresses into an apathetic person whose past sympathies caused him to lose everything. Venom started out as a character who just wanted to bond with Eddie, but as he sees the beauty of Earth and Eddie’s passion towards doing the right thing, he changes to wanting to save Earth and be like Eddie, as long as he still gets to eat humans (only the bad ones). The chemistry between the two alone is easily a reason to watch the movie. But if you do not agree with that, then the mid-credits scene is a whole reason on its own to watch the film. Matthew Marrone, a freshman, says it was an “excellent movie. It was super interesting and leaves a lot open for the next movie”.

Venom is a film that nails some aspects of a traditional superhero movie, but also tries new things and not all of them work out. Overall, the movie is a breath of fresh air from other Marvel Movies and although its plot may not be that engaging and it tries to do too much, its action and humor more than makes up for it. 6.8/10