The First Six: Principal Costa’s Welcome to Life At Whitman 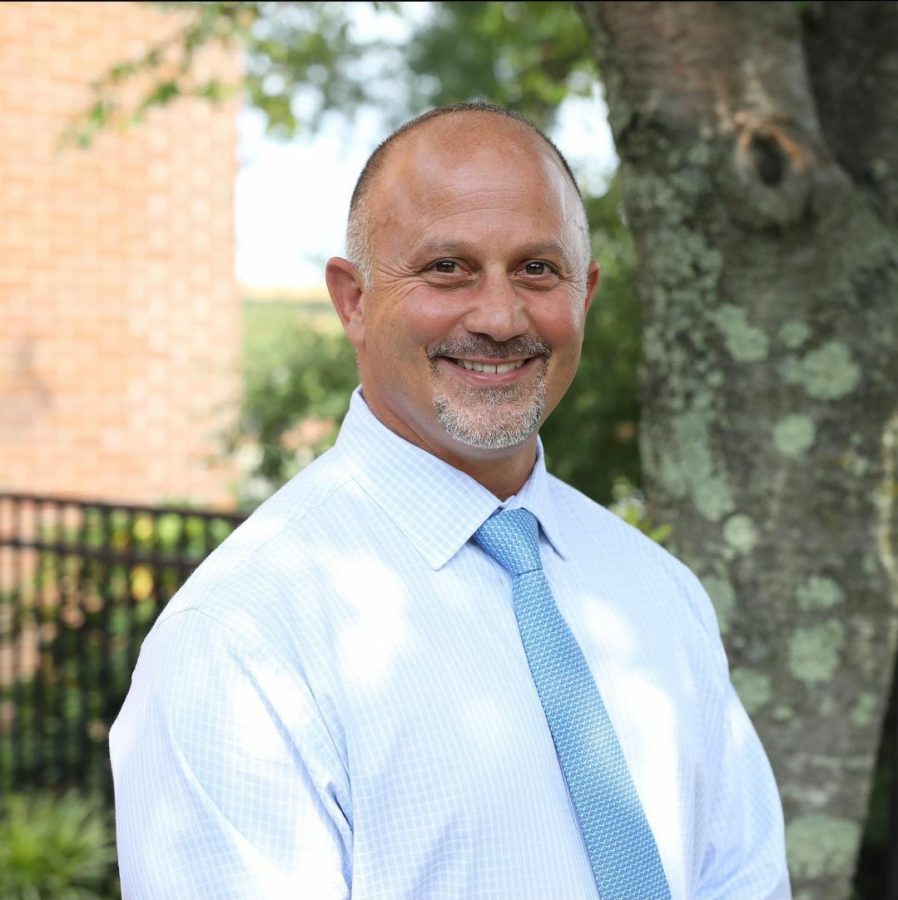 Six months into the principalship, many administrators are still looking to find their niche in schools that they have never been to before. Mr. Costa, although always learning about the bustling environment of Walt Whitman High School, comes in with a clear goal—unifying Whitman’s already-lively diversity.

Mr. Costa has been the principal of Whitman for a little over six months, just under 200 days. A former Whitman graduate, he developed his love for education after serving in the Marine Corps and later graduating from Salisbury University, and receiving two master’s degrees in the subsequent years. Since then, he has been a teacher, an administrative dean, an assistant principal, and a principal at schools all across Long Island.

I shook hands with Mr. Costa for the first time last June, when then-principal Dr. Murphy was giving a tour of the building. Little did I know, I would be shaking hands with the future principal. And although he substituted for a short period of time and came back for the occasional alumni lacrosse game, this was his first major return to Whitman!

“It was definitely eye-opening,” Mr. Costa said upon remembering that June day. “Coming back as an administrator, I’m looking at things from a global perspective. I’m truly understanding the value of South Huntington, the value of what happens here at Walt Whitman.”

“Having the opportunity to see what goes on, firsthand with every genre of student, to me is truly amazing. And to see what South Huntington truly is is heartwarming. And, actually, I will say, I am a little regretful of not taking advantage of it…You know, the old adage, ‘I wish I knew then what I know now,’ I hate to say it sounds cliche, but it is so true.”

Spot on. Whitman bolsters such a robust environment, with clubs, sports, plays, intramurals, and other programs that it would be almost foolish NOT to be a part of something, no matter how small or large, and find your niche.

“What are some of the unique qualities of Whitman students that you have come to love and enjoy?” I asked.

“The diversity,” he responded. “We are definitely all a little more diverse than when I was here as a student. But that feeling of belonging is still the same. Even back when I graduated, everyone was accepted, but I’m sure we had pockets of people who didn’t accept the diversity of the district. [Yet] there was never an issue. We embraced diversity.”

However, there is always work to be done. “I’m not naive to the fact that there are also pockets who don’t appreciate diversity, and that’s our job as educators to bridge those gaps.”

Similarly, Mr. Costa applies many of his lessons from the Marine Corps to the challenges he faces as a principal. “There isn’t anything that can’t be done,”  he said. “You fail when you quit when you stop trying. Regardless of your grades, if you try your best, and the best you can do is a 70, then you are not a failure. You’ve already achieved greatness, because that may be your capacity. But as long as you never quit and keep going, you will be successful.”

“You know, where I find that people fall short is when they give up on themselves, when they stop trying. You have to put forth effort to be successful and that’s a lesson that I learned [at Whitman] as well as validated by the Marine Corps,” he added. And when asked about applying these lessons from the Marine Corps, he pointed out, “As long as I’m listening, learning, and growing, I think I’m being successful.”

We later shifted to discussing Whitman’s future. “I would like to create a consortium of a cross-section of students, you know, to really get the pulse of the building and see what we can change and what we could implement.” From our discussion, more student involvement is definitely going to be a part of Whitman’s future. “My goal is really to learn as much as I can, and implement the small things.” Mr. Costa added, “But in the grand scheme of things, it’s me learning a lot this year, and then moving forward next year, the year after, and so on.”

Likewise, schools are constantly changing. They are slowly becoming community centers; rather than the remaining seven hours of dull, monotonous learning, schools are evolving into areas of unique cultural identity through sports and extracurricular activities/programs. “How are you working to foster this type of environment?” I asked.

“One of the things we could improve upon is when [celebrating] these cultural events, inviting other cultures. For example, tonight is Black History night. I’ll be watching to see how many cross cultures come to attend tonight’s presentation. Just like Latino-Heritage month, how many other students, besides students of Latino heritage, participated?” The unification of Whitman’s diverse environment is an obvious priority for Mr. Costa, and rightfully so.

And on a different note, he included “[Whitman is] preparing you for life in the real world, and the real world can be an inhospitable place. It can be very challenging, you know, so I would like to see our students leave with the tools necessary to navigate real-world situations.”

After some final, heartfelt remarks, I concluded my interview with Mr. Costa. And after seeing how determined and enthusiastic Mr. Costa is in evolving Walt Whitman High School into an even more tremendous school, I am excited for what the 2022-2023 school year holds next. I, along with many other students, am glad to know that such a capable leader is leading a building with such a great culture as Whitman.