Does the New Phase of MARVEL Live Up to Expectations? 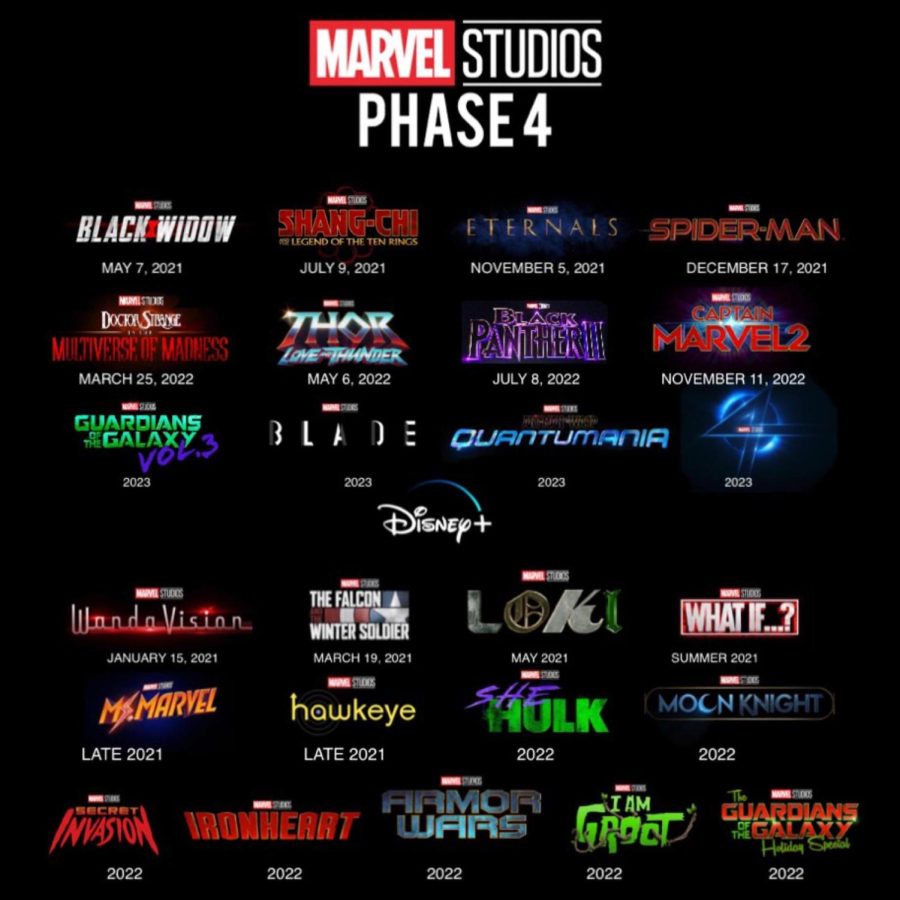 Now that some time has passed, how confidently can we say that the newest direction of Marvel is worthwhile?

Perhaps it’s a product of Marvel burnout, a difficulty to live up to Avengers: Endgame, the sacrifice of storytelling for the sake of an encompassing narrative, or a combination of all of these disastrous qualities, but ever since Phase Four started, fans have been ready to criticize.

Many may already know of the success of Marvel’s most recent release, Spider-Man: No Way Home, however, Phase Four is not exclusive to this movie. I intend to take a look at Phase Four’s most controversial movie releases and the earliest Disney+ show release to understand people’s feelings on the quality of this new phase as a whole.

To start off, Phase Four’s first official release was the Disney+ show, WandaVision. While many enjoyed the way in which WandaVision developed its narrative through the lens of a sitcom encompassing the two forenamed characters, there was also those who criticized it, stating that its intense story did not fit with previous characterizations of Wanda, and, without going into further spoilers, generally made her unlikable.

Black Widow, Phase Four’s first movie release, did not fare any better. In fact, Black Widow was criticized much more heavily than WandaVision. To many, its structure, premise, characterization, and even general story beats did not make much of any sense. This is seen through its much lower Rotten Tomatoes score, having received a 79% critic score, a far cry from WandaVision’s 91%. Even so, there were still many who enjoyed Black Widow, and the movie is not without positives, as audience members enjoyed its strong family-dynamic helping to develop characters between the action.

Skipping past the generally well-liked Shang-Chi, we reach the most decisively negative reaction to a Phase Four film or show. People’s opinions on Eternals were very mixed, as while many enjoyed the new direction it was taking, others disliked the inability for the movie to focus on its central themes, instead of setting up threads and backstories for its two-and-a-half-hour runtime. With a 49% critic score on Rotten Tomatoes, it’s no wonder why Phase Four is currently being criticized for its inability to live up to previous films.

While the public consensus is an important piece of information we can use to understand the quality of these movies, it doesn’t speak for everyone, so I asked some of our Whitman students and teachers for their opinions. Jason Parada is “liking it,” and while he is “kinda mixed on the fact they’re setting up new characters to replace the old ones,” he appreciates “the world-building.” Meanwhile, Whitman’s science research & computer science teacher, Mr. Feraco, is “hopeful it gets better.” He believes that while “Eternals” seemed like a big stretch, and it was hard to connect the dots,” movies and shows like Shang-Chi & Loki gave us “super impressive visuals and ideas” and “made room for a lot of possibilities with new characters and timelines.”

From our student accounts and the public’s review, we know that weariness for this new phase of superheroic storytelling is founded within consumers. Now, let’s just hope the next installments can live up to the box-office triumph of Phase Three.